It has been a good month since I’ve given an update on my latest projects, and that’s partially because I took a break over Christmas to recharge and let the ideas stew while I enjoyed too much food and a lot of television. (Smallville, you are still as good as ever.) After the break, I started working on outlines and began a few projects – roughly three, and searched for which one stuck the most.

In the end, I’ve made the most progress on a new ghost story, and I thought I’d put out the cover as a tease for anyone interested. 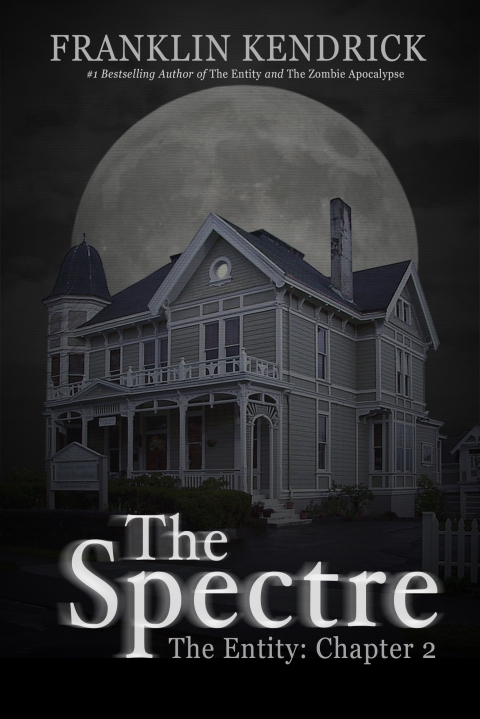 The title of the book is The Spectre, and as you can see from the cover, it involves another creepy house, some things that go bump in the night, and a new couple dealing with the unseen. It’s also a follow-up to The Entity, though not a direct sequel in the tradition of books like The Amityville Horror. You may see some familiar faces, but this story is a whole different beast.

I’ve been working hard on the new storyline to make it feel fresh, and I think I’ve done a pretty good job. I’m still in the drafting stage for the first part of the story, so there is no release date yet. But, as I get further and further into the story, I find things that surprise me. I read somewhere lately that horror is so terrifying because it tackles the unknown, and for this series, a lot of the fun for me is experiencing the paranormal phenomena alongside my characters. How do they react, and what do they do when they realize that their enemy is invisible and unknowable? You’ll have to read to find out!

I will post more when I get closer to finishing up the story. Until then, speculate away, and feel free to let me know what sort of things you’d like to see. I have a notebook of things that creep me out, and I’m always collecting more.