I thought I knew the fourth chapter of the Harry Potter series inside and out. Indeed, when I was 14 back in 2000, I was so thrilled to get the hardcover edition of JK Rowling’s fourth book as a gift that I almost cried.

Yes, I was a Potter-head, much to my family’s dismay. I was constantly on the prowl for new Potter related news, and I would search for interviews with JK Rowling to discover clues and try to figure out what would happen next. Take into consideration that this was before the movie was even announced. 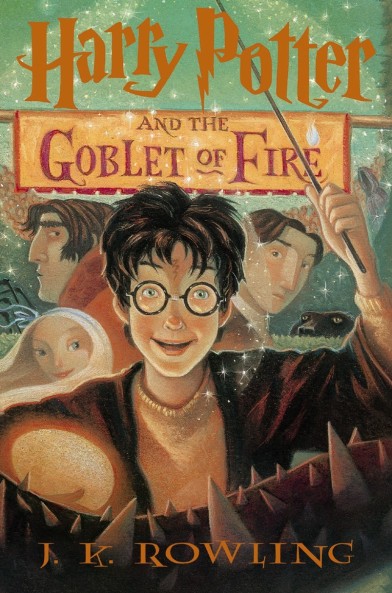 I gripped that book tightly in my hands as my mother walked our family to the checkout at WalMart. Was this book really coming home with me? I looked at all sides of the dust jacket, featuring the marvelous work of Mary Grandpre. I read the blurb on the inside flap. I flipped to the cover page. Yes, this book was coming home with me.

I had a friend over that night, and I did my obligations of hanging out, but once it was time to settle down and go to sleep, I turned on my reading lamp and lay awake, beginning a journey that I still revisit to this day.

Back in the summer of 2000, I read a chapter a night. One or two nights I couldn’t wait to read the next chapter, so I cheated and read two in one night. Once the book was finished, I started it again. This was the Potter book that solidified my fandom. The other three books in the series had been read for book reports, so in a way I was obligated to read them. I enjoyed them, of course, but this was the first book that I sought out myself and read because I wanted to experience it. It was also the longest book I had read on my own up to that point in my life.

Fast forward to a few weeks ago. I was browsing the library in Portland, a magnificent yet intimidating space, and found myself in a dilemma that I often go through. I had no idea what to pick up. I’m very picky with the genres that I seek out. I like comfort, but I also like to be tested a little. I want what all readers generally want, which is to be sucked into a story that will fascinate and remain with us for years to come. I wanted to be transported.

With a new commute to work now on my plate, I wanted an audio book to shorten the two-hour drive to work and back each day. There were many titles to choose from, but none of them really spoke to me.

Then I saw the box for Harry Potter and the Goblet of Fire. I picked it up. I brought it to the checkout line.

Immediately I was taken back to my days at school, experiencing the story for the first time. Jim Dale is an incredible voice actor, and I found myself in JK Rowling’s world once more. And wouldn’t you know it – I found that there were a ton of details and scenes that I’d forgotten! How many names were dropped that would come into play in later books? How many allusions to the Ministry of Magic would later be confirmed and expanded in Order of the Phoenix?

There were so many things that I loved again this time around, having the story read to me. I found that listening to the audiobook gave my commute a new purpose. I was entertained during a time when I would consider my drive to be a waste. I was actually looking forward to hearing more of the story that I cherished all those years ago.

If you have not tried audiobooks and have a commute like I do, go to the library and pick one up. It takes a few hours to get used to being read to (which I have fond memories of teachers reading to me throughout my childhood, and especially my mother who made every evening before bed a time for a story) but, I think you will find that there are a few hours that can be repurposed with some entertainment. I like to think of it as back in the days when there were no books and stories were told audibly. The act of listening really stretches the imagination in a way that I had forgotten was possible in the busy schedule of everyday life.

Who knows? Maybe the story that you pick up will inspire you to create one of your own. That is a whole new kind of fun.