I mentioned about a month ago that I would write about my experiences with Amazon’s new pre-order option for indies. Yesterday was launch day for my newest book, The Entity – Episode One (shameless plug if you don’t have it on your Kindle!) and now I’m updating anyone interested in hearing how it went and what I observed. 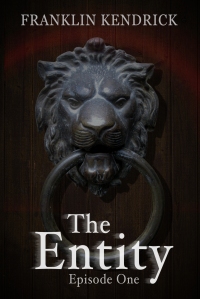 To start, I gave my book about a month of time to be pre-ordered. Amazon requires that you upload your final version of your .mobi file roughly a week before the book’s release date, and if you fail to do so, you will lose your pre-order ability for one year. I didn’t want to risk doing that, so I uploaded my finished copy straight away – the same with the now on pre-order Episode Two. It is also good to note that three days before your book releases, KDP locks your book so that you cannot alter any information on it until after the release day. This means you need to have everything in order ahead of time, including keywords, description, and categories.

On the author dashboard there is an option under “Reports” called “Pre-orders”. This is where you will be given a list of all your titles that are available for pre-order and on the far right side is the number of units, minus the ones that are cancelled, that have been ordered up until the present. You can also click on each title and Amazon will show you a detailed list of how many titles were purchased in each store (.com, .co.uk, etc.) on each date that you sold a copy. You will have to export an excel sheet to see the full list as the earlier numbers are bumped out of the window as you gain more sales. When the book is published, the number of pre-orders still remains for you to see how many people ordered your book ahead of time.

I was really happy with the organization of pre-order data. I was able to see where the book was more anticipated, and I gathered a lot more data about the people interested in my genre, which was something I struggled with finding before.

Now, to the book rankings part of the experience.

What was a real surprise when it comes to books being pre-ordered was that each pre-order counted as a sale, even though the actual money you get from that sale doesn’t show up on your account until the release day. So, as my book sold copies, it moved up and down through the Horror-Comedy list in the US and also the Parody-Satire list in the UK. This gave my book exposure that I wouldn’t have had otherwise.

Naturally, sales spiked right before the release, and once midnight came in each territory, the sales were recorded on my Sales Dashboard. These sales appeared all at once, whatever the number was, and also contributed to my book’s sales rank on the different lists where it was registered. With the amount sold over the thirty day pre-order period put all together at a single time, this shot my book up where it otherwise would have been lower on the lists if there were only a few sales per day.

So, conclusions so far: Definitely give your book a long pre-order period. Thirty days was enough for me, and my second episode is ready to go, though it will take a longer time to gain traction as people read the first episode to see if they like the story enough to read more stories with my characters. So, that part of the process is all up to my readers now. I have plenty of things that still need to be written in the series, so I’m working hard on production.

However, no matter how long of a pre-order period you give your book, your success will still hinge on two things (a third as well, once the book is released) and those are:

Something to try as well in lieu of the lack of a preview is to post your own excerpt on your blog. I tried this, though I don’t know how effective it was to get people to check out my book. Generally I try to find a section that won’t be included in the first 10% and make sure that it ends on a cliffhanger of some sort. Basically treat it like a teaser commercial for an episode of your favorite television series. There’s a lot to be learned about teasing out information from those things!

So, those are my observations from the pre-order experience – my first indie pre-order experience. I’m excited that we now have this ability, and I find it to be a great tool to drum up excitement for a project. It also allows a precise release date for an eBook, and I liked knowing that everyone got my book at midnight, not unlike a certain boy wizard who used to get me out of my bed at night. Even if this is just turning on a tablet and seeing the book on the home screen, it’s still a much more effective way to get your book out to the world.

Now, to write down more horrors for the Maxwells to encounter!