Just wanted to announce here on the blog that my book Orc Spawn: Initiation, which has been updating on RoyalRoad for a bit now, is finally available as an eBook on Amazon. It is up for purchase as well as to read through Kindle Unlimited. 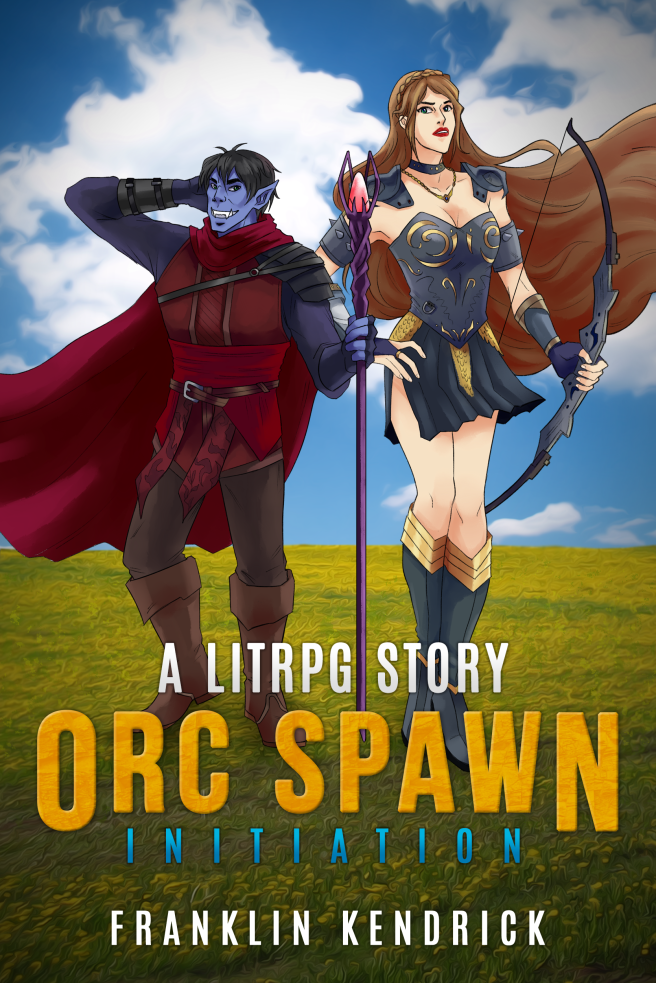 A little about the book for anyone new: It revolves around a player who has been teleported into the game and locked in against his wishes as an orc. This poses a challenge, not only because orcs are generally despised in Acaedia, but also because it is unheard of for an orc to possess his chosen profession, which is a mage.

Here is the official blurb if you are interested:

In the game of life, nobody asks to be an orc!

There’s just one thing stopping Tucker from getting into the game – and that’s funding. He can’t afford a copy of Wrath of the Ancients with his meager part-time job.

He’s in luck, though, because a mysterious man in black hands him a copy of the game – for free. The catch? This cartridge drops him physically into Acaedia where everything is real. Magic, monsters, you name it.

This would be a dream come true…if Tucker wasn’t spawned as an orc. How is he supposed to make it in a world where orcs are despised? He better figure that out quick, because the game’s difficulty has been switched up to maximum!

This official version is considerably edited from the draft I posted to RoyalRoad, and I’ve been lucky to get some generous feedback as I went along. If you do happen to check it out, I hope you enjoy it! I will continue posting future drafted chapters on RoyalRoad moving forward.

Thank-you very much to everyone who has given me feedback as I have worked my way through this first book. The world feels vibrant to me, and there is still a lot more to explore as the story continues!